and could you tell me one more time WHY we love to do this???

we unloaded the gas kiln today and had very mixed results, it seems we didn't do enough glaze reduction... 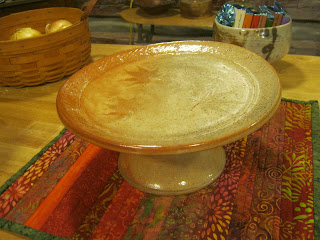 i may be able to live with the shino on this cake stand, it's not as bad as some of my other pieces... it is a little warped which is a common problem with cake stands. i may do a re-fire to see if i can get a little more color. 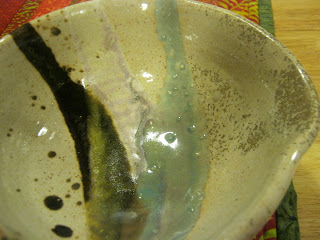 this is just totally ICK! this is shino on Starwhite clay... in the last firing it was nice and buttery orange on this clay. you may also be able to see that the robins egg glaze bubbled. we had that issue in the last firing as well. we weren't sure if it got too hot or if it was caused by substituting g200 for cornwall stone in the new batch i mixed up. obviously its the substitution. jeff is going to research if we can fix it and if it doesn't work i will mix a new batch. we now have cornwall... it was still at the NH studio and we brought the bag back with us. 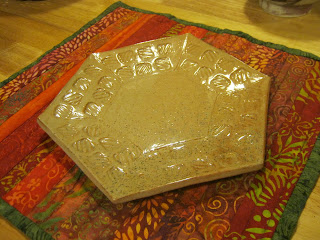 the hex plate above was the best out of all of them (which isn't sayin' much!). 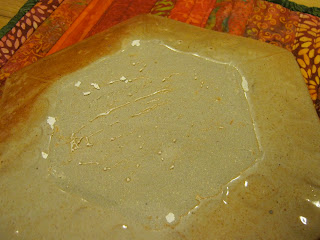 and then i had to go and get sloppy and forgot to clean of the bottom! AAARGH!!!!! this makes me so mad because i usually double check bottoms. 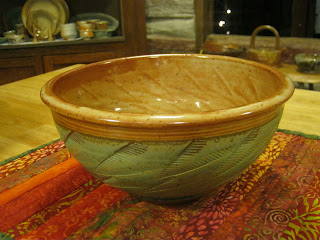 we had some good stuff out of the kiln too... like this nice big Jeff bowl (10" in diameter). also lots of mugs in this glaze combo.
when we were done unloading i told jeff i was really glad we weren't firing a 60 c.f. gas kiln anymore... at least this was disappointing on a smaller scale :o)! sometimes smaller is better.