Jeff posted these on facebook and I stole them from there. This is the site of the wood kiln that they fired. I believe that it is at a museum location. I know that it isn't where the festival is taking place. 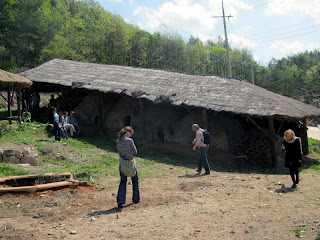 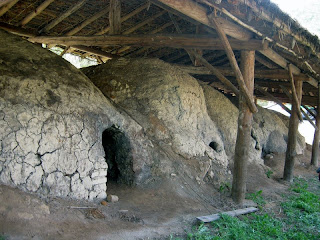 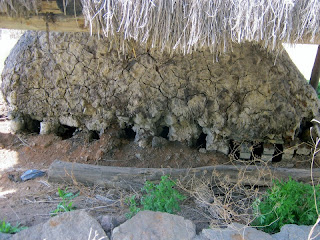 On facebook, Jeff titled this photo "No Chimney Needed". It is hard to figure out from which angle the picture was taken when compared with the others.

He says he has more pictures of gardens, the festival site, and the countryside. He also borrowed his sister's flip video. This morning when we were on skype (which is totally amazing if you haven't used it) he introduced me to Charlie Youn, who is the potters host. Charlie told me that they are impressed with Jeff's work (of course) but the best part was he told me they call him "Pottery Grandfather" because of his long gray hair!! Jeff says he is probably ten years younger than many of the other potters there but none them have the lovely gray locks. I think I will get a lot of mileage out of that one :-)
at April 30, 2012 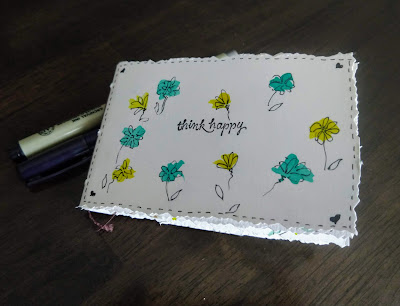