I was able to skype with Jeff this morning and he also e-mailed me some pictures. Although this one I took off of another participants facebook page. I can't give him credit because his name was written in Japanese. This is a group shot taken when they visited the Korean National Treasure. I believe his name is Mr. Kim. Jeff said he was 80+ in years and still out there firing a wood kiln. 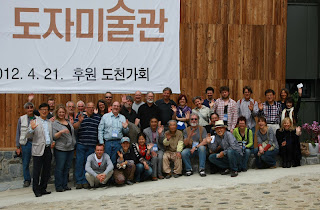 They visited a Buddhist Temple in the country today. Jeff wanted me to see the rock sculptures. We spent a week at Ogunquit Beach in Maine a few years ago and encountered a large landscape sculpture of rocks, among the beach rocks, and this place reminded him of that vacation. 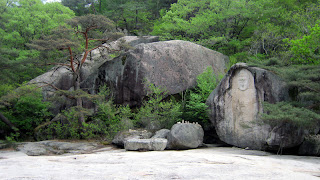 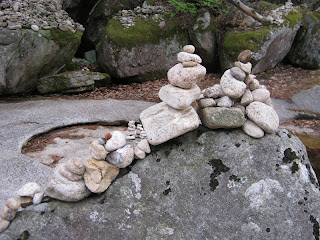 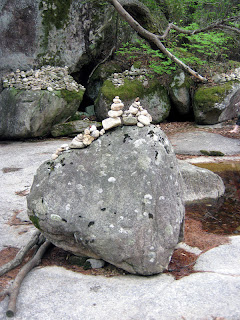 He was telling me this morning that the food vendors at the festival all serve mostly the same things, except some serve little fried bugs.  The brave participants that tried the bugs said they were icky.