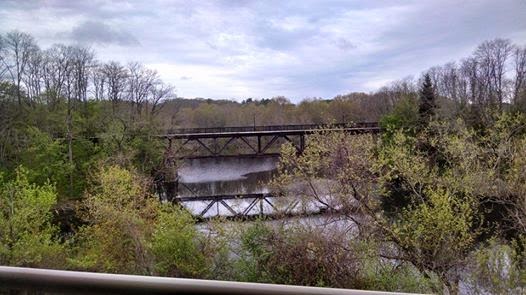 It seems like forever since my last post on April 30th. On that day I was packing my bags. I was flying  to New Hampshire the next morning to say good bye to my Mother. At 2:30 in the morning on May 1st my sister called to say that Mum was gone. Her youngest brother Bert was with her, holding her hand, when she passed away.

It was perfect that he was there. They were very close, although my mother was sixteen years older. Mum was the third (?) of ten kids. Bert was the youngest. When he was born there were complications and my grandmother had to stay in the hospital and baby Bert was sent home. My mother left school to take care of Bert and the other younger siblings. She thought of Bert as her baby. When my grandmother recovered, my mother didn't return to school. She went to work to help support the family. I knew that my mother hadn't finished school, but I didn't know the whole story. My Aunt Rita shared it with us during one of our many long story telling sessions. 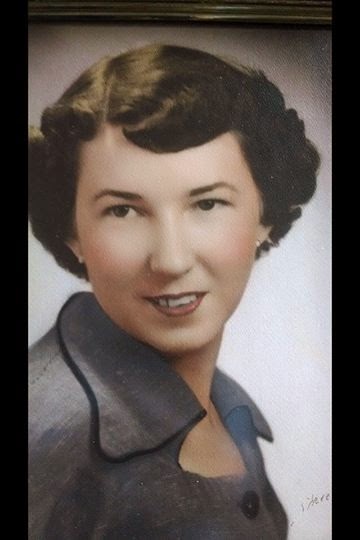 Pauline Lemieux - 1954, the year she and Dad were married

I stayed in New Hampshire for nearly two weeks. The first week was a bustle of activity. I never thought that my parents little apartment could hold so many people! We spent hours going through photo albums and boxes of photos. There was much laughter amidst the tears. We drank lots of wine, and lived on a multitude of casseroles, cakes, and brownies, delivered by many caring friends and extended family.

After the funeral I stayed with Dad another week and helped him with paperwork and ran errands. It was good for him to have me there even though we were starting to get under each others skin. By Tuesday I was so ready to come home. I had an evening flight out of Boston with a connection at Reagan International in DC. As luck would have it, my flight was cancelled due to "excessive air traffic". I couldn't get another flight until 10am. There wasn't a hotel room to be found within 40 miles of DC. All of the restaurants in the airport closed at 10pm and I hadn't eaten since noon. At least I wasn't alone. There were so many cancelled flights that the terminal looked like a refugee camp. Everyone was scoping out the best place to spend the night. I found a sweet spot facing the window with a ledge that my suitcase could set on and act as a foot stool. The best part was I had an electrical outlet! My phone, computer, and kindle all stayed charged. The airport handed out little fleece blankets to everyone. Once I set up camp I prayed that I wouldn't have to go to the bathroom and lose my prime space! It was a long night of reading, streaming netflix, and playing "Candy Crush". I dozed for about two hours. The airport started to come back to life at 5am. I packed up my camp and found a Dunkin Donuts... the coffee tasted so good and I don't even care for Dunkin's.

When I got off the plane in Greensboro and was greeted by the heavy, warm southern air, and Jeff's big hugs....
I knew I was finally home.