Jeff's trip to Mungyeong, S. Korea for the Chasabal Festival, was rescheduled and his flight left yesterday. We had so much to do before he got on that plane!

The wood kiln at David Stuempfle's was unloaded. Aside from the big beauties, Jeff had some sweet tea bowls to take to the Chasabal festival. 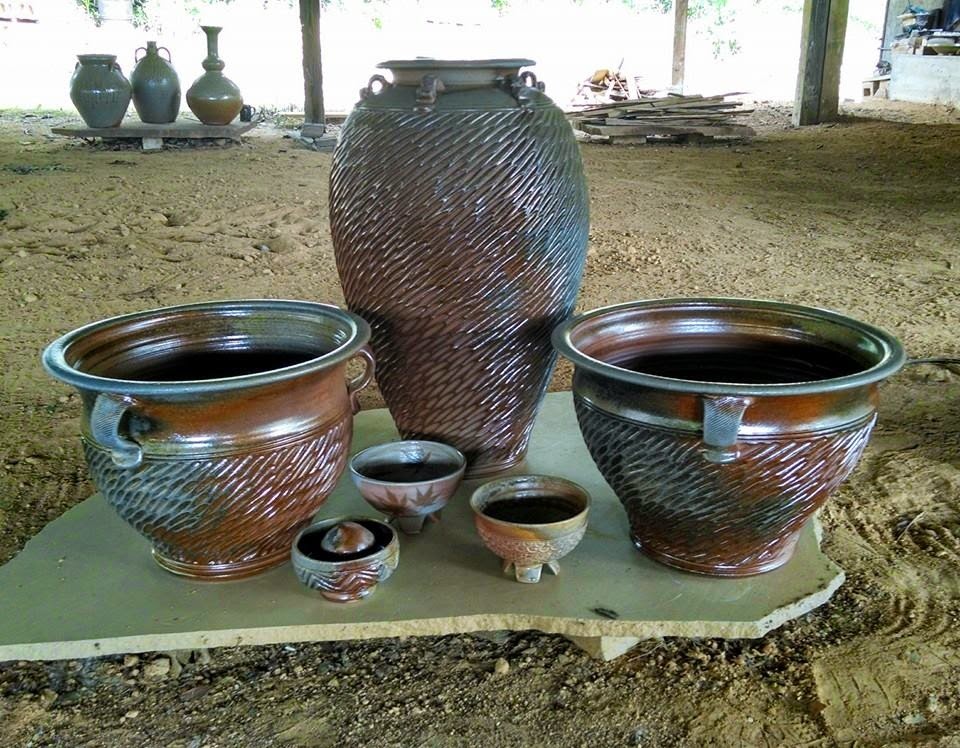 I didn't have too many pots in this firing. A few mugs, a couple of pigs, and some rattles. 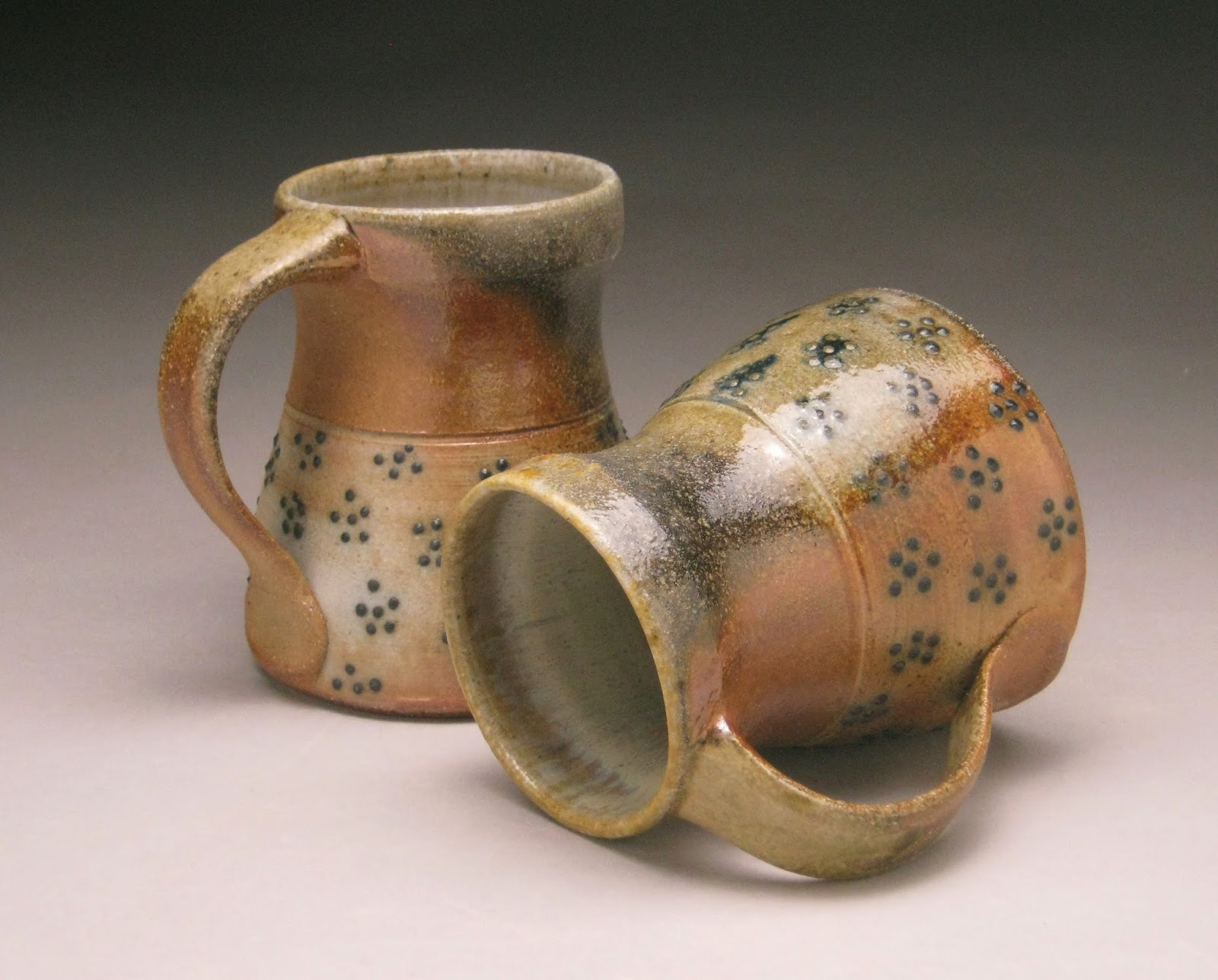 For some strange reason my camera wants to give the background a pink tinge. If I photograph them upright, no tinge. It must be a reflection of the peachy color. No matter how much I messed with the lighting and white boards, I couldn't get rid of it. I did some adjusting in iPhoto, but it sure didn't fix it. Jeff will have to work his photo shop magic on it if I can't get a good photo. 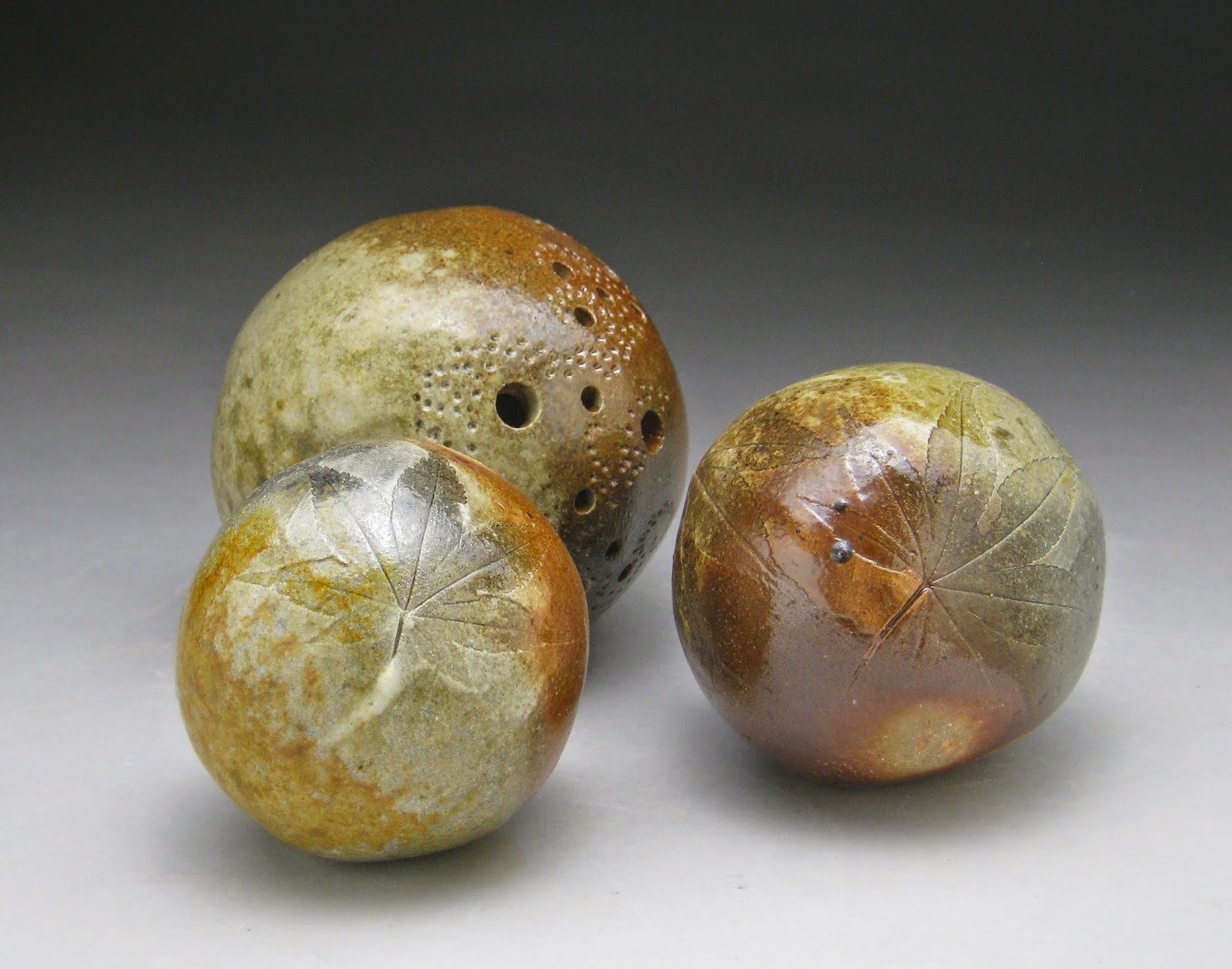 These are the best of the rattles. Many of them got so blasted with ash that the Japanese Maple leaf was obliterated. I had some little wall pockets that also had the leaves obliterated, to be expected when fired for 5 days. 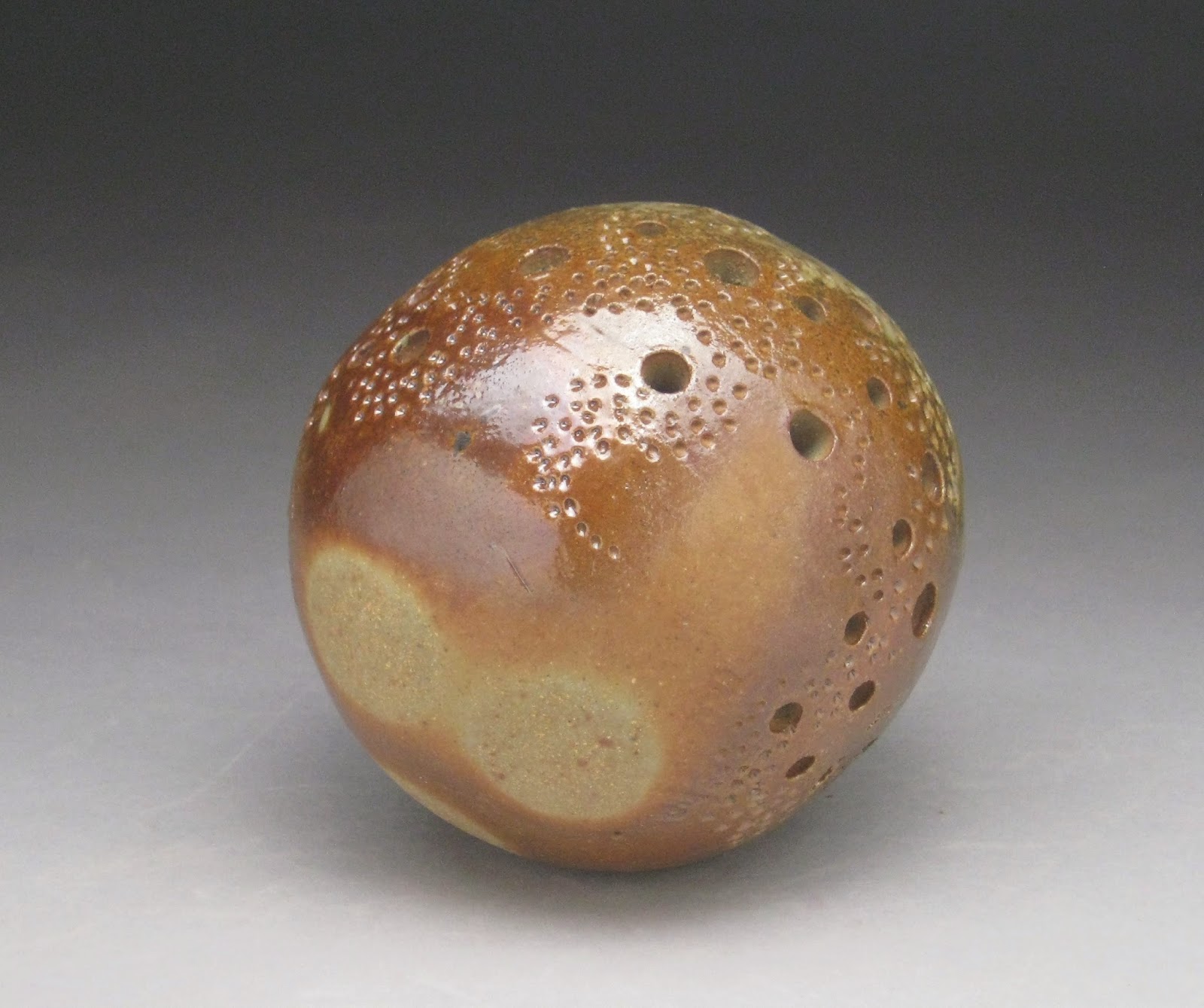 This cup has some nice effects. I wish it had been turned a little bit to one side so that the mishima had the honey color and the side had the ash blast. That's the chance you take with wood firing, and I am still happy with the cup. 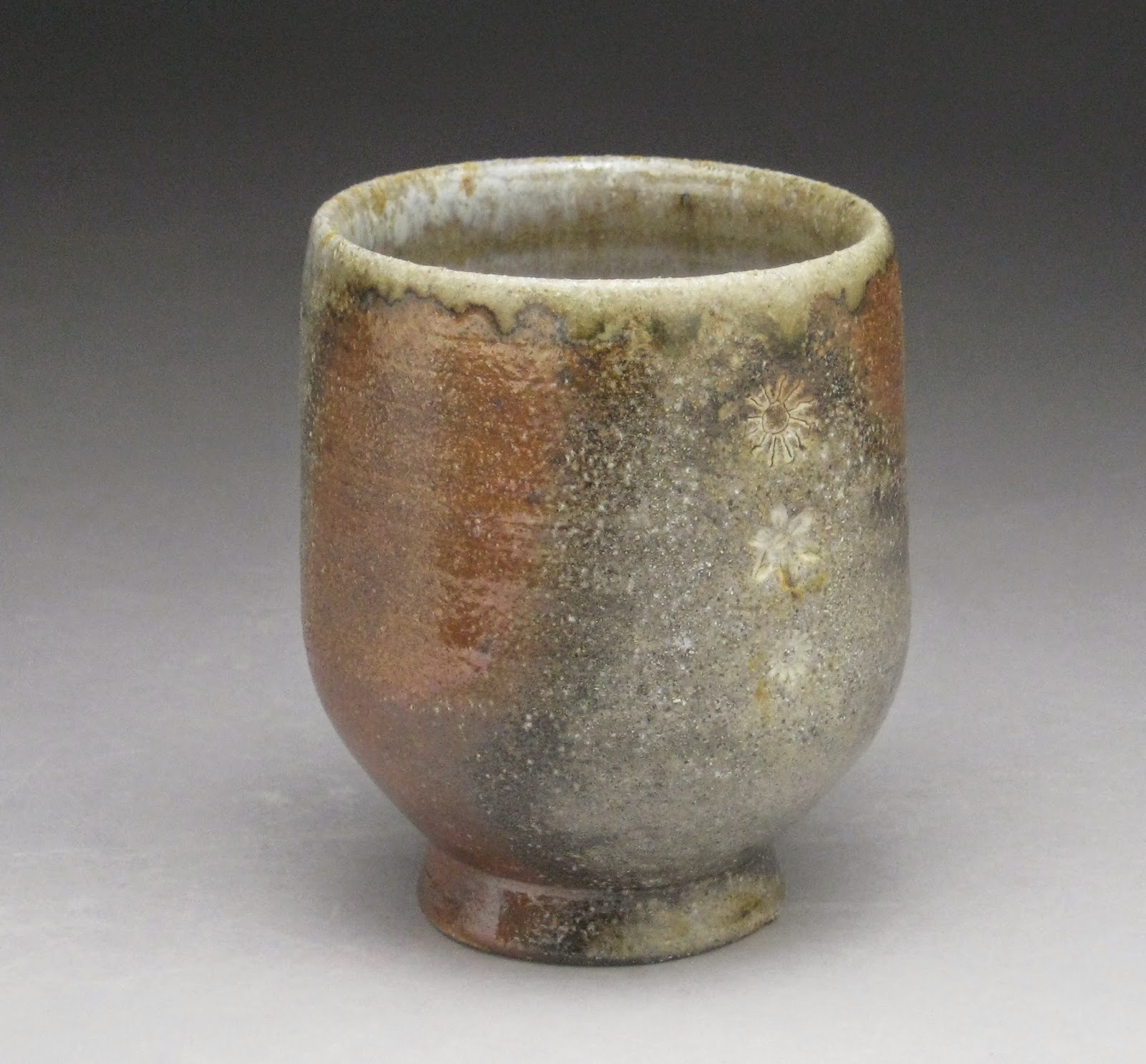 After Jeff helped with the wood kiln unloading on Saturday, we finished up some pots in progress, loaded the bisque kiln and fired it. Sunday morning we got up, glazed the pots, loaded the gas kiln and had that firing at around 3:30pm. Jeff then threw 30 pig bodies for me to assemble while he is gone. He stayed up until the wee hours of the morning firing the gas kiln, and packing for his trip. Luckily he had a 12:30 flight out of Greensboro, so he did get a couple hours of sleep and thankfully he is usually able to sleep during the long flight. I haven't talked to him yet, but did get a text early this morning that he was in Seoul and looking for his bus. He will spend a couple of days in Seoul at a guest house with his Minnesota potter friend, Lee Love, before they both head to the festival. I am hoping for some new brushes from one of those fabulous shops in the Insa-dong neighborhood of Seoul. My consolation prize for holding the fort down here.
at September 30, 2014