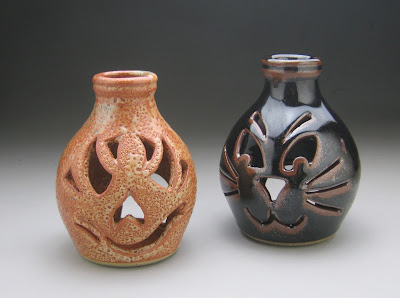 I have been thinking about making luminaries for quite some time. About two years ago I made a small one, but didn't do a good job sanding the edges of the cut outs. They were much to sharp so it got the hammer. How about that crawly shino on the left? Rather scary! We aren't sure why, but we had a few pots in this firing with the creepy crawly shino. 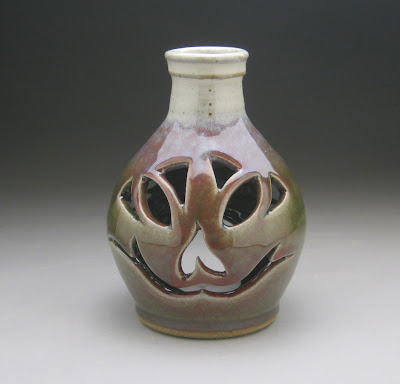 The luminaries are about 6" tall. 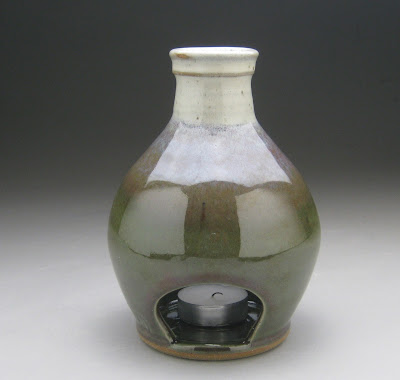 There is a little cutout in the back of the jug to insert the tea light.

Dad update: He is still in the hospital. They aren't sure when they will move him to the rehab center. The day before yesterday he began hallucinating and has been delirious ever since. The vascular doctor ordered an ultrasound to see if his carotid artery was blocked. All they could see was a little calcium, which he doesn't think would cause this. So we are all still waiting.
at May 29, 2015