New Pigs On The Block

I figured I was about overdue for a pig post. These are the latest oinkers from last week's firing. 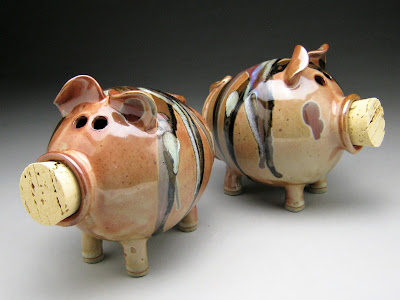 I hadn't done any pigs with the shino and "glaze splash" combo in over a year. Our copper red glaze was crawling like crazy and the rutile glaze was often foamy looking. Jeff re-mixed the copper red, and added a little darvan. He said the darvan keeps it a little more fluid, but he doesn't think it's what stopped the crawling. As for the rutile... I just stopped using it. I can get a similar look by using our nuka glaze as a replacement. 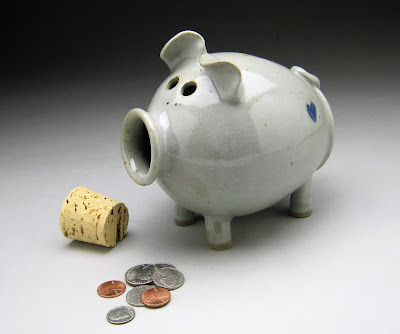 I have had requests for pigs with hearts and stars, but not necessarily together! The nuka glaze often gives a blurry look to stamps and lettering so I decided to glaze a "heart" piggy bank with Temple White. This glaze works well with the under-glaze and I think I like the simplicity of using this glaze alone. The true test is, "Will it sell?" 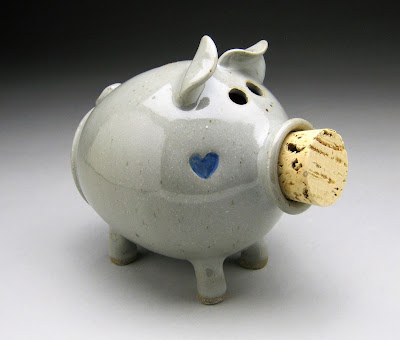 I will also offer this piggy bank with a name on it as well. You'll find this new litter of pigs in the Etsy shop. 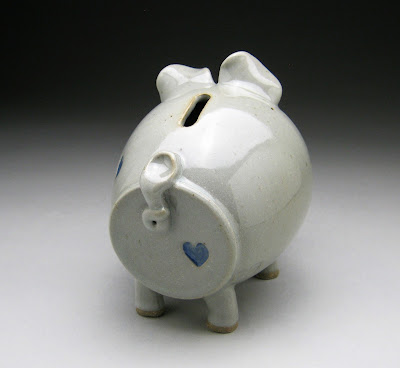