this evening i was wheeling our large trash can between the house and the studio... just as i passed between the the studio and the area where our electric kiln is, Jeff said, "SNAKE". i looked down and sure enough there was a snake curled up on the ground. Jeff didn't like the looks of it, grabbed a nearby shovel and in no time the snake was in two pieces. we suspected it was a young copperhead so i googled it and sure enough that is what it was.
i took a few pictures but was still shaking so much that they are all out of focus! 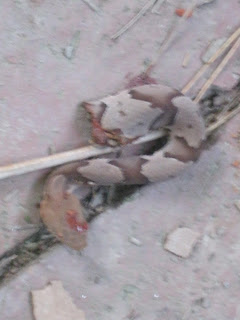 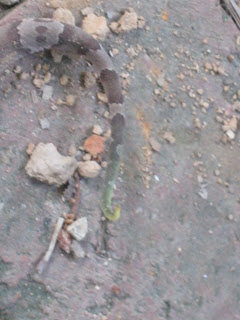 from what i read online the telltale sign that it was a young copperhead is that the end of the tail was a light green. this one was about a foot long.

i talked to my sister in NH on the phone tonight and relayed the snake story... she is more afraid of snakes than me. i probably should have not said a word about the incident, she won't want to visit us now!
at June 30, 2011 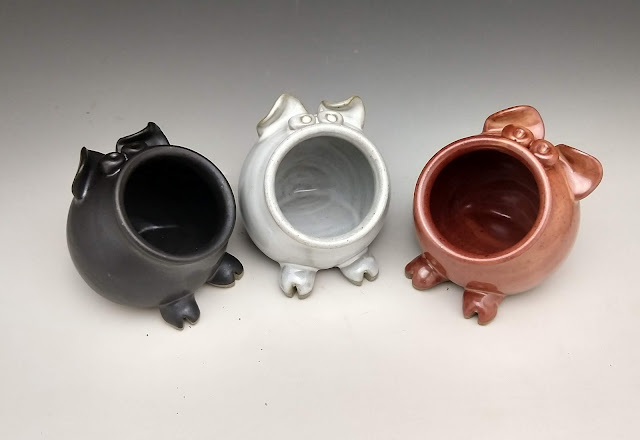