The League of NH Craftsmen's fair has lots of demo booths. A new one this year was Philip Jacobs of Earth & Fire Glass Studio. He has a great set up on a stage. He and his assistant were creating glass pumpkins... they put on quite a show set to reggae music. I wish I had been able to capture it on video, the pictures don't quite do it justice... 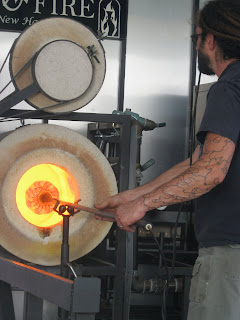 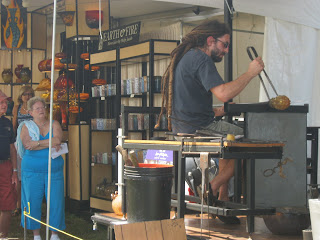 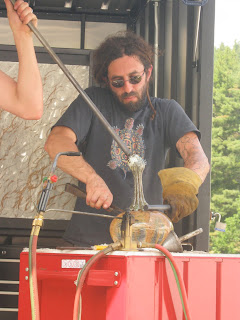 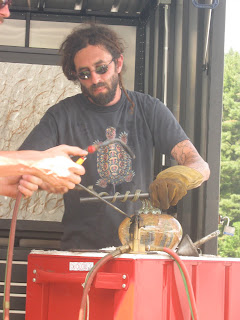 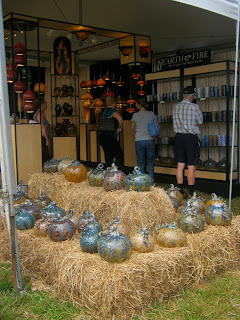 When the demo was done people flocked to the hay bales to purchase pumpkins!
at August 19, 2011