7 things you may NOT want to know about me

It's awards month everywhere... the Grammy's, the Oscars and the Versatile Bloggers... and I have been awarded this honor by Linda Starr. Thank you Linda! This award comes with strings attached... I need to tell readers 7 things that you may not know about me.

1. I grew up in a French speaking home and I don't speak French! I was the "baby" of the family and I was irritated that we lived in the U.S. and everyone was talking in French. Of course now I wish I could speak it... 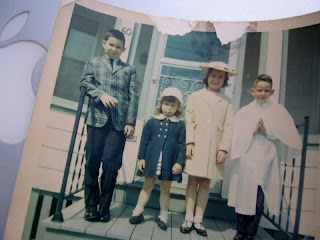 3. I was married and had my daughter when I was 17. We stayed married for 26 years. I think it lasted that long because I wanted to prove to everyone that I could make it work. Once my daughter was grown and gone, I realized we didn't have too much in common. It was a difficult decision to end the marriage. My ex still lives in the house that we owned together... he started dating his stepsister shortly after we separated, she lives there too. That took some time to wrap my head around... just seems a little creepy. 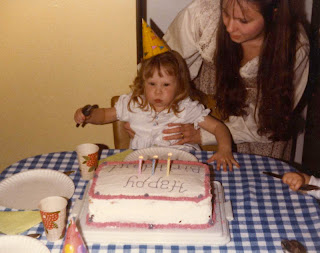 4. I worked as an early childhood educator for 19 years. I went to school at night to get my ECE certification. I specialized in birth to 3 years. I love kids and wanted to have two (husband didn't) so I spent many years helping to raise other people's children.  I worked in a community based center that served mostly low income and non-english speaking families. Some children were in foster care or transitioning back to their families.

5. My most favorite job of ALL time was a receptionist position that I took when I gave up the kid career. I worked the front desk for an independent real estate company. It was so much fun. Everyone in the office was like a family. It was this job that led to me getting my real estate license. I stayed with the same company and transitioned into mostly onsite sales for new construction. My sales partner Mark and I won top office sales many months. Then we all know what happened to the market!

6. My favorite food is pizza. If you have read my blog for any length of time, you know that already. I like to make it myself, but I am also okay with take-out. There is no take-out in Seagrove so for the past two years I have spent perfecting my technique! 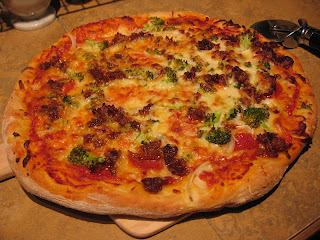 7. I am obsessed with flossing my teeth. I rarely leave the house without dental floss.

and I forgot to say anything about clay... during #5 I started taking ceramics classes at the NH Institute of Art. I had done some clay in High School as well as an evening class one winter in the 90's. In 2002 I became a clay addict and have no plans for rehab.