The Invasion of the Giant Pig 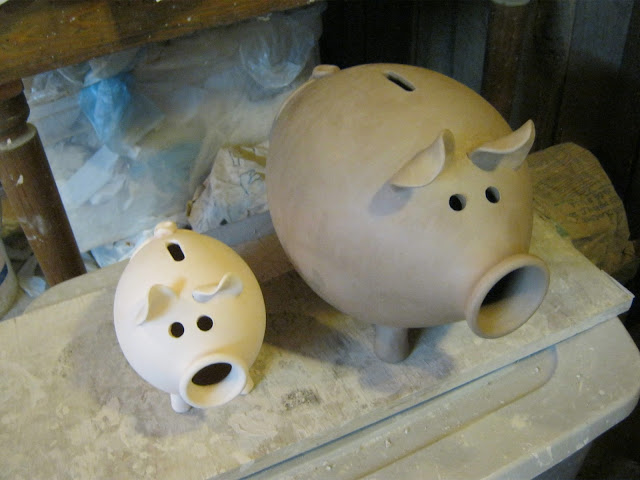 The pigs are taking over the studio, not only in numbers, but in size as well! I have an order for two large banks the size of one gallon jugs. Jeff threw the bodies on the wheel and I am assembling them. They are a little tricky because the weight of the jug is too much for the legs to hold up when they are first attached... 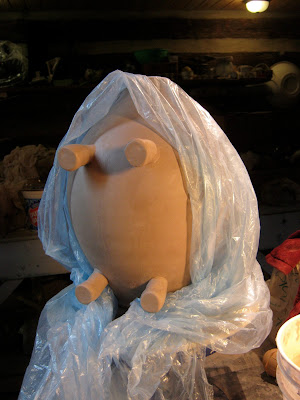 I have to get the legs leveled, then wrap the rest of the pig with plastic so that it doesn't dry out waiting for the legs to stiffen. I think she looks like she's waiting for her hair color to set up at the salon. 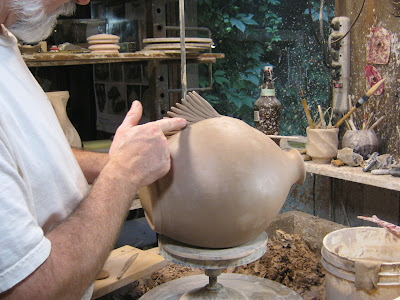 Jeff made extra gallon size jugs and he is turning this one into a fish bank. He did some smaller ones as well. I will try to get photos today. 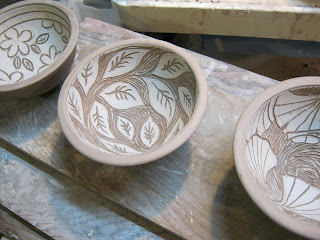 I carved a bunch of ginkgo leaf bowls on Saturday and when boredom set in, I did a little experimenting. Some I like and will do more of, others won't be repeated. I feel if you don't experiment and play with your work, you won't grow as an artist. That's the excuse I use for being a little ADD! 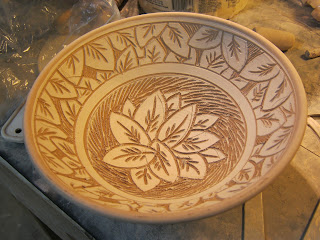