We've been busy here. Last month brought in lots of piggy bank orders so you know what I have been putting together this week. Jeff is still working on vessel sinks. With Thanksgiving behind us, and no company expected until later this month, I brought the photo set up back out. It resides on the dining table and isn't very attractive. Until we have a bigger place with a spare room for taking photos, I have to deal with it. 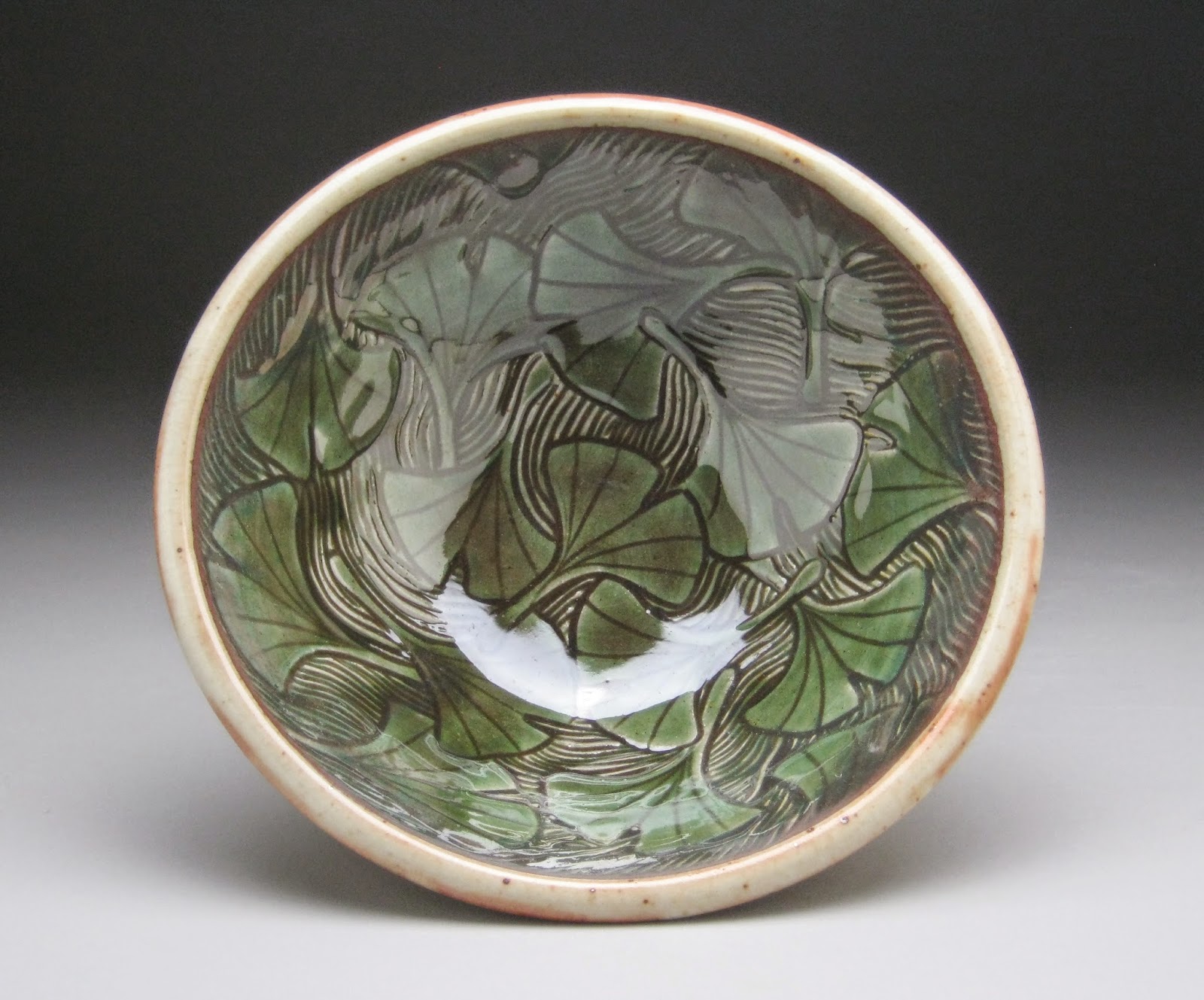 I spent last night photographing work from the last firing. That translates into new pots in my Etsy shop. 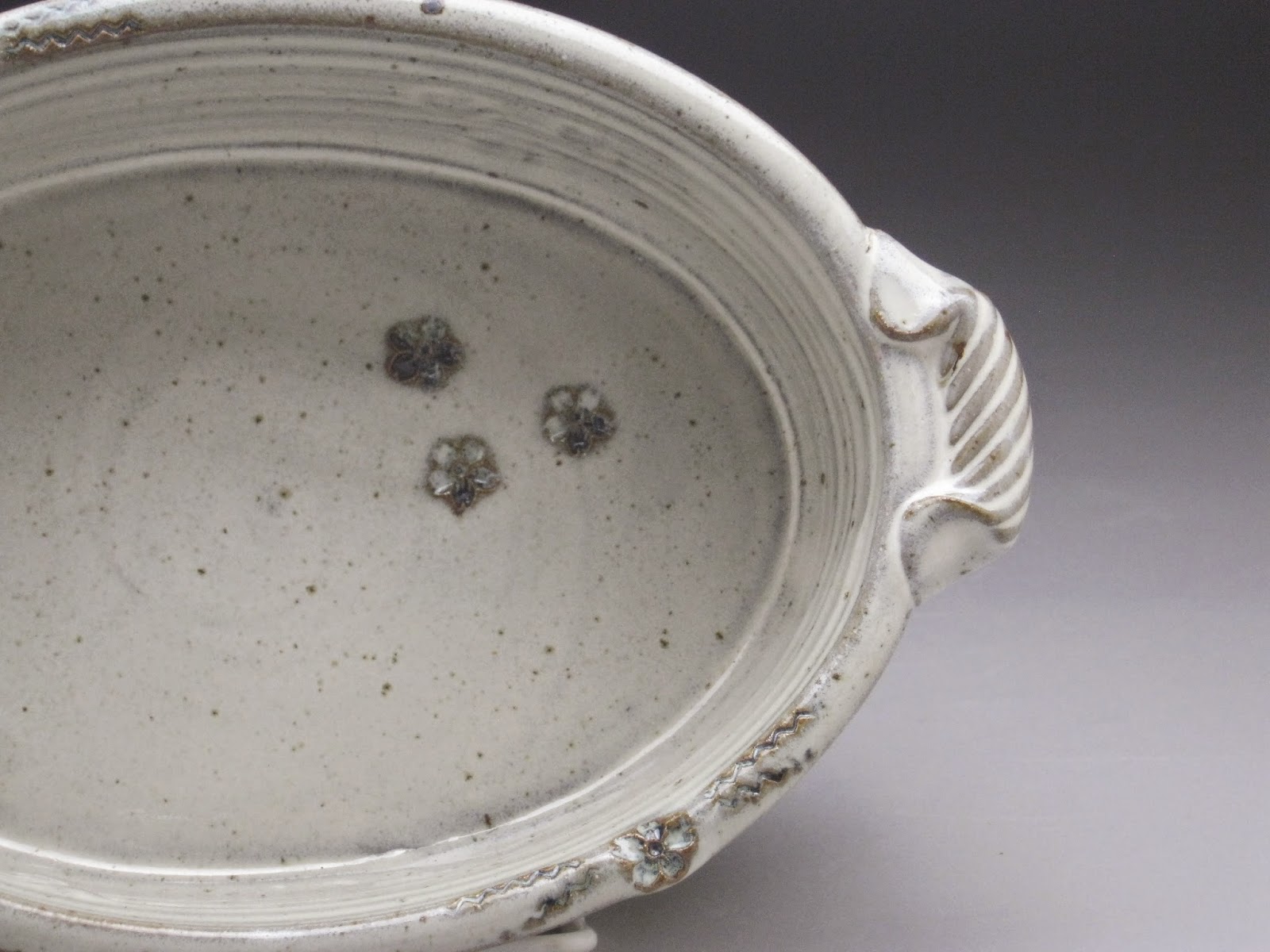 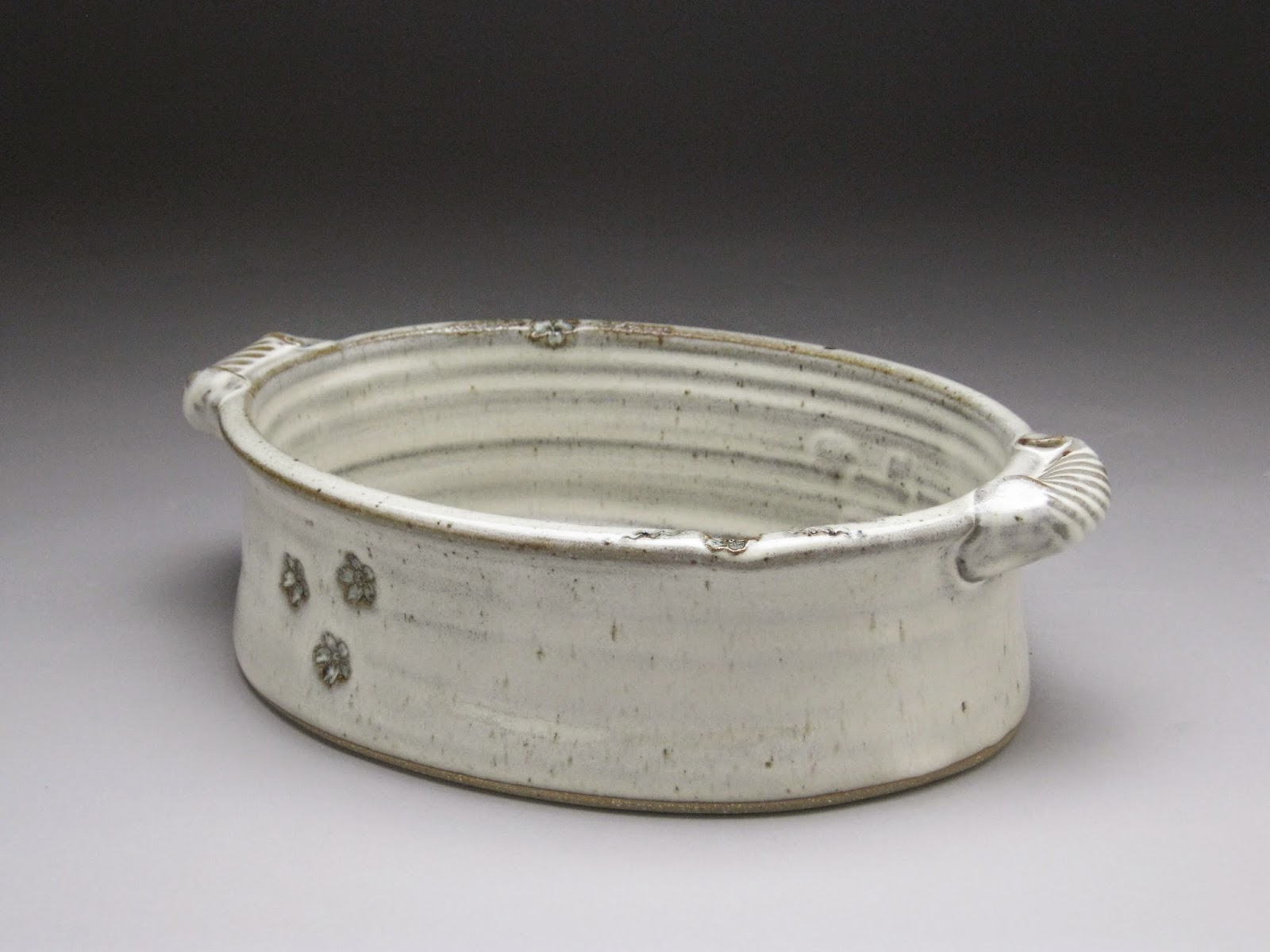 In other news... We  bought a new TV! I know that most people have had giant screen televisions forever, but we were not among them. The TV we had was about the size of the cup photograph on the screen in the photo. If there were subtitles on the old set, Jeff and I had to get up from the sofa to get closer to read them. Our roku player (no cable or satellite for us) was 5+ years old and acting wonky. This is a "smart" TV so it eliminated the need to replace the roku. This is our Christmas gift to each other, which means our shopping is pretty much done. It may not be a giant screen by most people's standards, but it's giant to us.

and Sophie was pretty impressed as well! 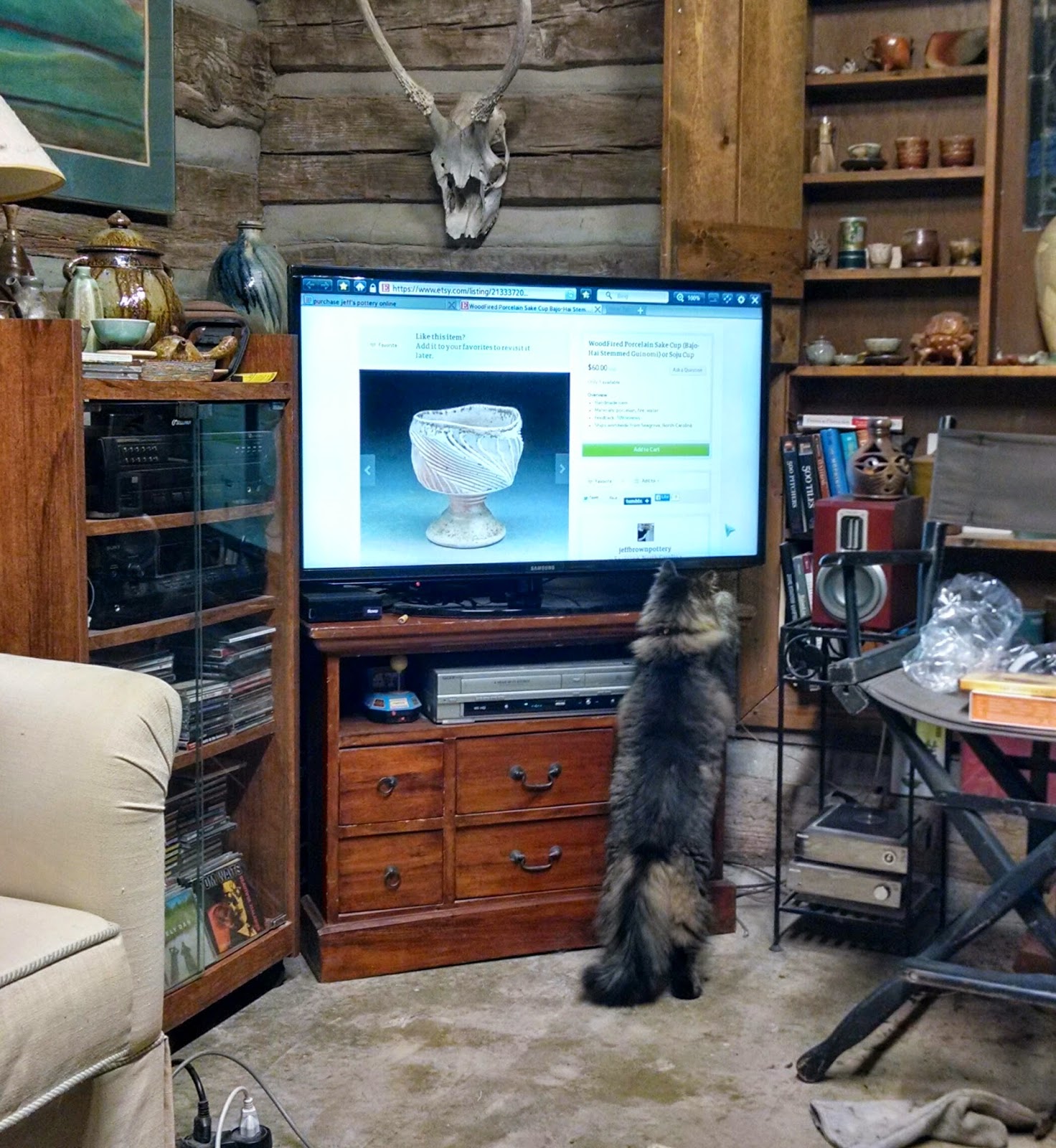