A Little Excitement to Kick off 2015

Did you ever wonder what would happen when the propane company tops your tank off to nearly 100%? 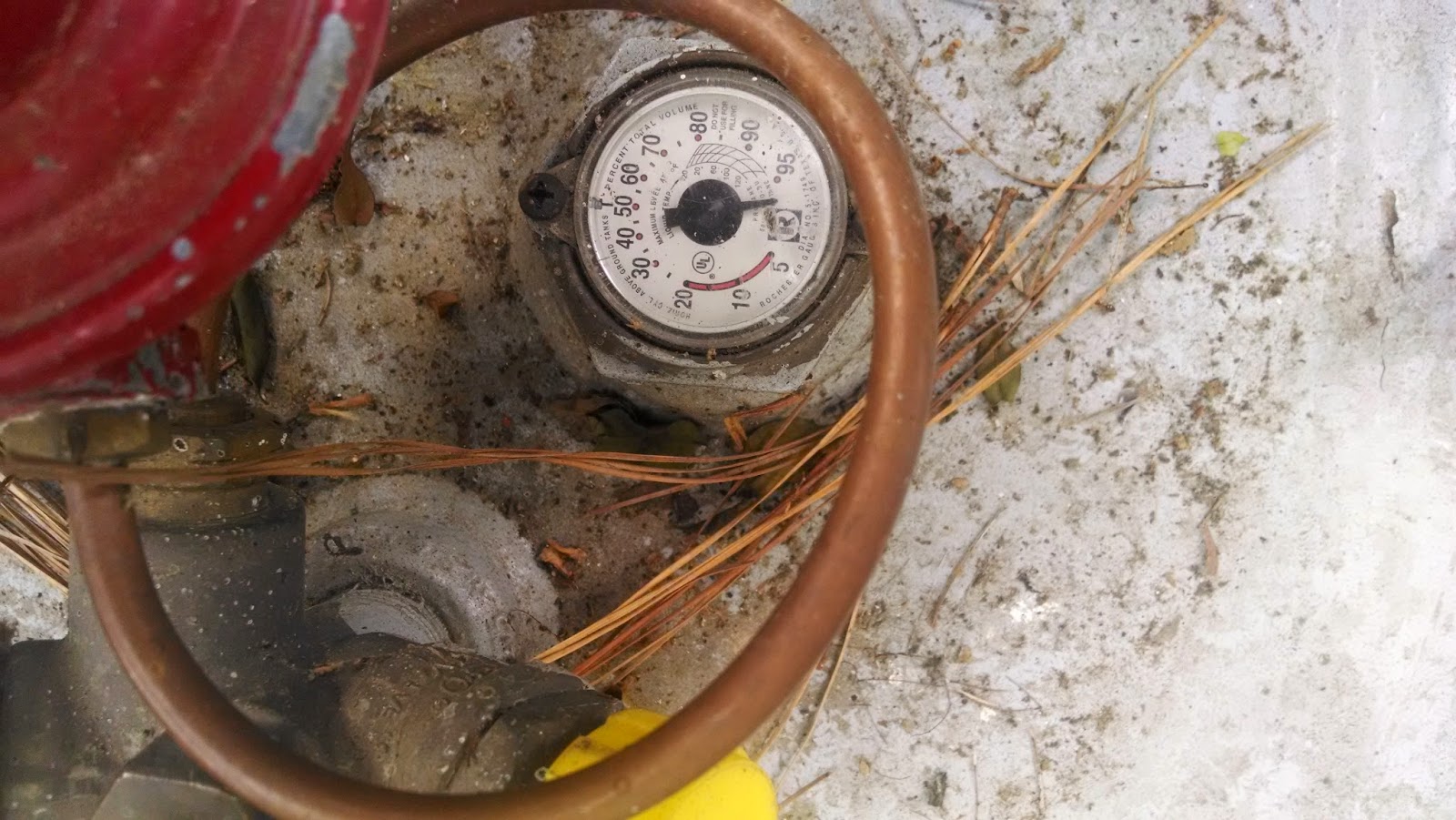 Jeff and I were discussing something in the house when all of a sudden we both said, "I smell gas!". It was going to reach 55 degrees today in Seagrove, NC, so we let the wood stove burn down and turned on the Rinnai gas heater instead. We quickly went out to see if the vent was clogged. It wasn't, so we hurried out the back door to the kiln shed to find our 500 gal. tank, in the backyard, spewing propane from it's overflow valve. My first thought was call 911, because I was scare sh#$2tless that it would blow... Jeff (being more reasonable) called the propane company. We had propane delivered on the 31st and they thought it was over-filled. They said don't call 911 and they would send someone out to blow it off. 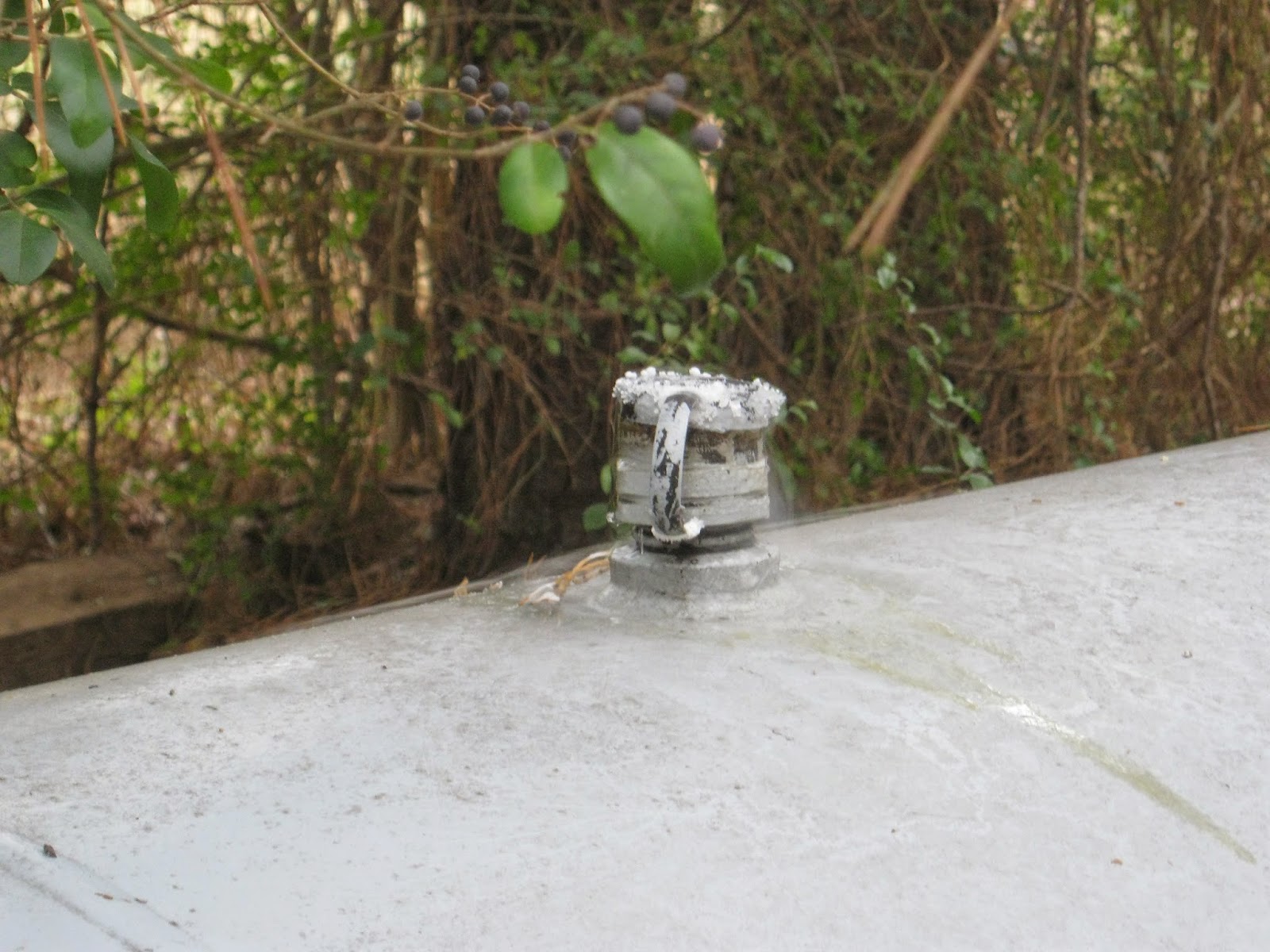 It took about an hour for the service guys to arrive. The valve started to freeze from the gas releasing, which eventually slowed the spew. I liken this valve to the pressure release valve on my pressure cooker. I imagine it's basically the same thing... on a much bigger scale. 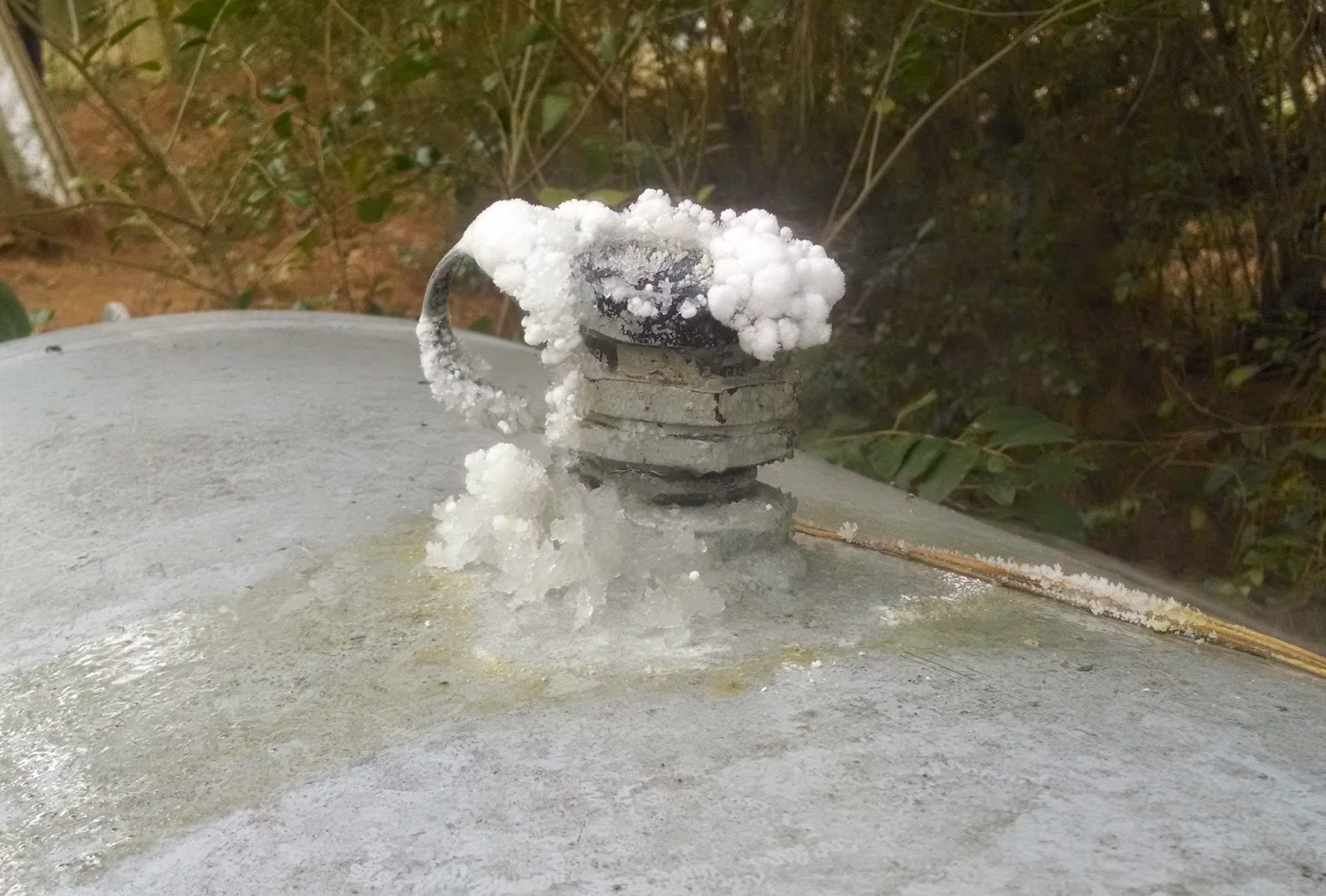 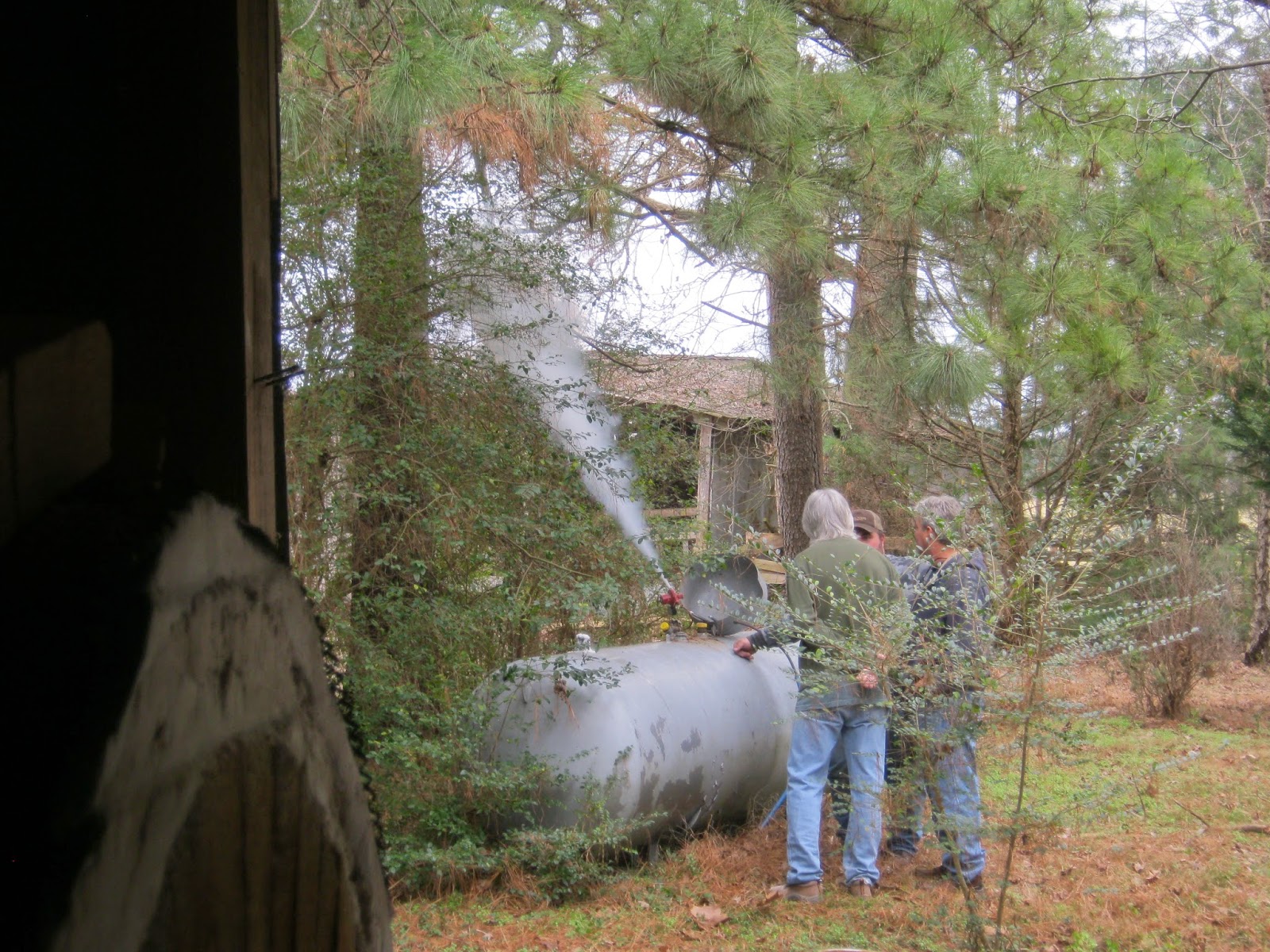 It took what seemed like forever to bring the level down to the normal fill of 80%. The gas smell was horrendous. They aren't sure exactly how many gallons they had to blow off, but they will credit our account for 50 gallons, which translates to about $79 at $1.59 gallon. The comical thing about this event (and you always have to find something funny in a scary situation) is that the service guy said, "Why don't you turn on the kiln and fire some pots with this fuel we have to get rid of?"

If he only knew.