Another month comes to a close

November where did you go? There is always so much to pack into what feels like a very short month. It began with making and firing pots for orders and trying to squeeze in some new work for the Celebration of Seagrove Potters show. Some how we managed to pull it off. 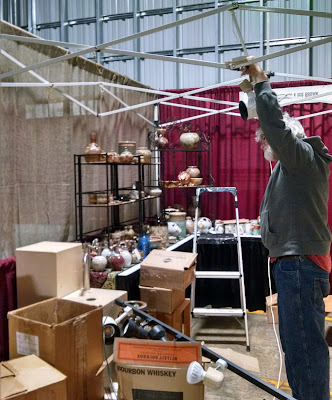 We make this show as simple as possible to set up and tear down. Some years ago we settled on doing a 10x10 booth and we can set it up the same way each year. After the gala preview party on Friday night, we rushed home and unloaded the kiln so that we could fill in some empty spaces in the booth. The ever important cheese stones were in that firing. I always sell them all but one. It seems no one wants the last one. It was the same selling real estate in a new development. The last house was the hardest to sell. I guess there is a stigma attached to being the last. 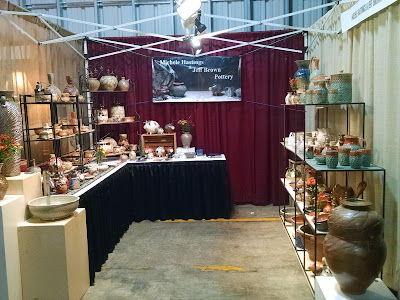 The show went well. We came home happy even though we were down some from last year. I think attendance was down overall but I haven't heard any official word. 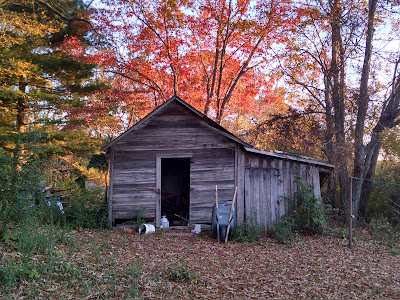 When the show is over there is no rest. We unpack and reorganize our gallery space, then go into full blown Thanksgiving mode. I was up early the day before the holiday and noticed all the great color in the trees behind our old shed. I decided I needed to capture the moment before the cooking and cleaning began. Our holiday was quite nice, we were a small group of eight this year. A much more manageable number for a sit down dinner, when your dining room and table is small. I roasted the traditional turkey and we had all of the usual sides.The day was so busy that none of us took a single photo. 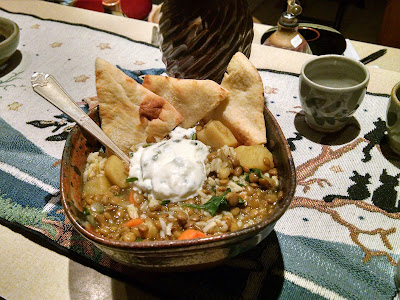 While we thoroughly enjoyed the abundance of turkey, Jeff and I have cut down on our meat consumption after he had a gout flare up in July. We have been eating a lot of lentils and beans. Our new love is dahl. Most recipes have all the ingredients for combating gout... lentils, turmeric, garam masala. The soup in the photo is one we make at least once a week. I modified it by adding turmeric, garam masala, and some freshly ground cardamom. I have made it with both red lentils and green. We prefer the green, they are a little "meatier." The red lentils have a tendency to get mushy. I like the chive yogurt served on top. Jeff prefers no yogurt.
This is the original recipe that I use: Red Lentil and Vegetable Soup with Chive Yogurt

Last night I was in the local market and found myself looking at the boneless spareribs. I pondered them a bit then headed to the produce and bought spinach instead.

... and the last cheese stone sold in our gallery over the weekend! There are more cooling in the kiln today. 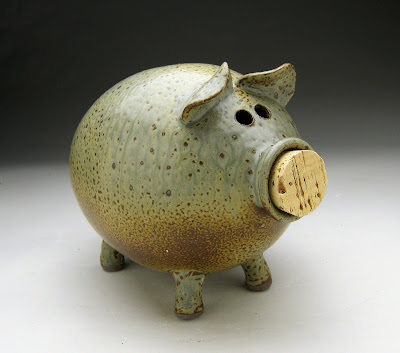