an exciting find! (for me at least)

as you know i have a large collection of studio potter magazines that date back to the 70's... john and i were always bummed that we didn't have the very first issue that featured nh potters (very fitting since studio potter is a nh based publication).
a big part of our nh trip was spent emptying out jeff's storage units.  resting on top of one of the boxes was three issues of SP... lo and behold one of them was the very first issue!!!! 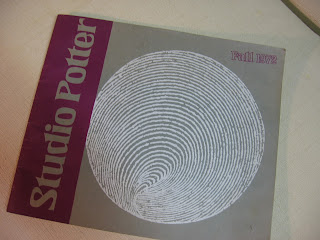 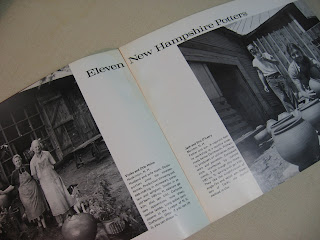 on the left - Vivika and Otto Heino when they were living in Hopkinton, NH on the right are Jack and Eric O'Leary - Meriden, NH 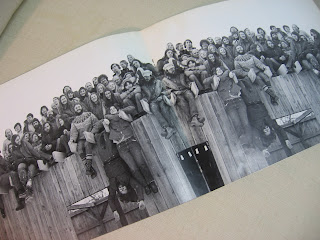 the centerfold is a picture of NH Potters Guild members, photographed on top of Giberson's new glass studio, March 11, 1972.

the guild had a new picture taken last June in front of the community wood kiln at Al Jaeger's in Deerfield... i will try to get a picture of it to post.
...time to turn up the bisque kiln, have a great day!!
at November 09, 2010