This firing had mixed results. Isn't that always the way when you have orders to fire? 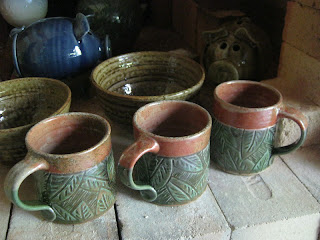 The leaf mugs came out great, the two ash glaze bowls behind them... glaze bubbles. The two pigs behind them are bubbly as well. The blue one was an order. I did two and they both bubbled. The blue ash glaze doesn't even look like it's supposed to. I even placed them in two different locations in the kiln. 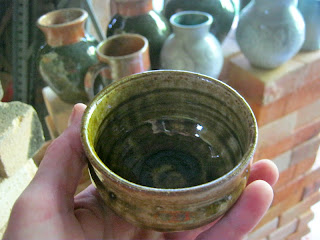 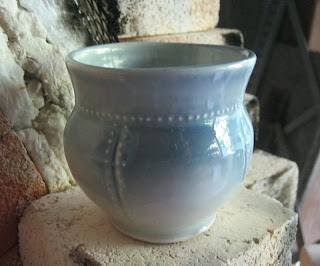 Most of the porcelain pieces were fine, aside from one goblet on the top shelf that was under-fired. This Temple white glaze re-fires nicely so the goblet will get a second chance. 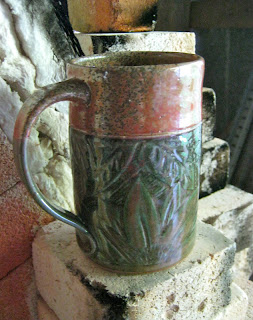 Beer mugs were good... I like the green to get a little less reduction but that's just my personal preference. The shino of course loved it. 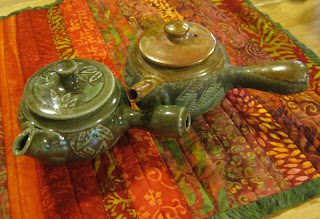 Jeff's wee little teapots came out just fine... the one on the left is the one that I carved.

Back to making pots today and tonight we will start taking pictures for new Etsy listings.
at June 03, 2012