Not so slow after all...

When Jeff was heading home from South Korea he decided to ship a box at the airport since it was cheaper than checking it as luggage. It came by boat and they said it could take up to three months. Of course they told him that AFTER the box was sealed and he had filled the extra space with his hoodie and his best GAP pajama bottoms.

We were pleasantly surprised when it arrived yesterday. Each international potter received a very nice plaque, commemorating their invitation to the event. 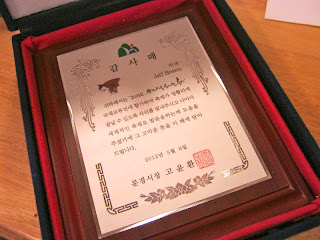 They also produced a nice catalogue of both the Korean and International potters. 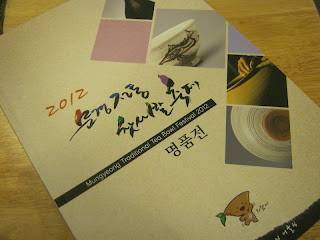 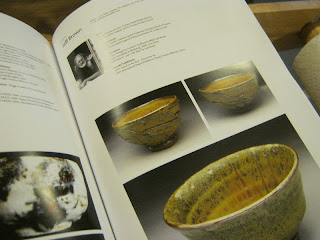 Inside the box, were bags that the some of the pottery Jeff purchased, came in. He saved them because he knew I would think they were cool. 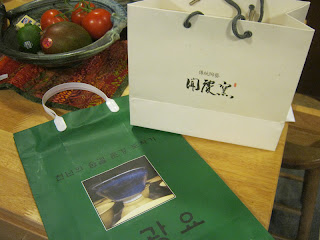 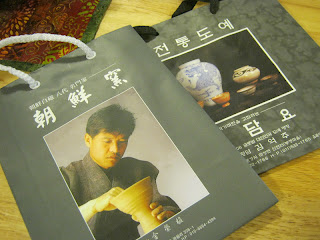 I think the fancy bags (and often times wood boxes) speak volumes of the importance placed on pottery in South Korea. You won't see pots wrapped in newspaper there!

A couple of years ago I all but banned wrapping pots in old newspapers for us. I just can't handle setting up a show and having my hands black from ink. We purchase newsprint in bulk and also buy the least expensive bags we can find.
Someday I would love to have some classy bags printed... it doesn't hurt to dream. :-)