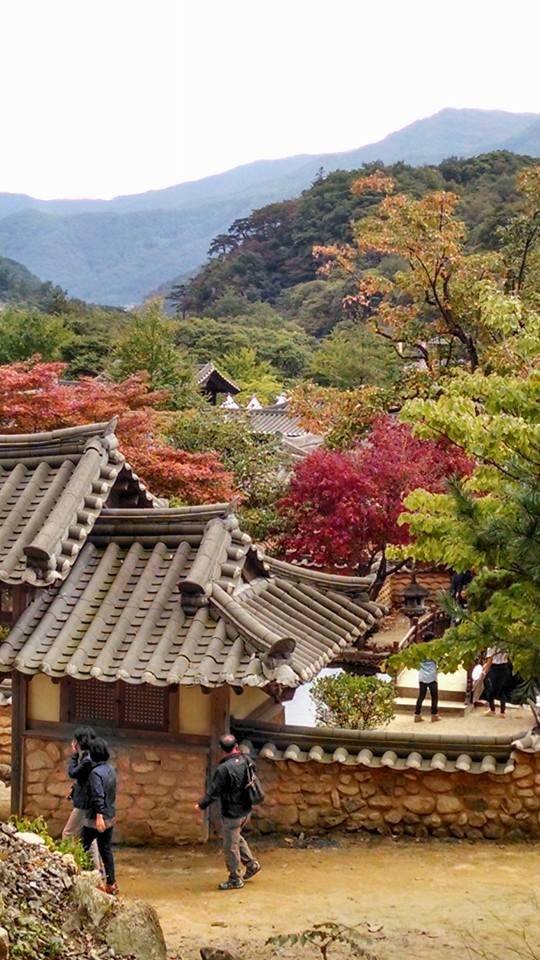 Once again I am living vicariously through Jeff as he travels to Mungyeong, S. Korea for the Chasabal Festival. The festival typically happens in spring but this year was moved to October due to the tragic ferry accident that happened in April of this year. Mungyeong is located in the mountains of S. Korea and Jeff says the foliage is beautiful. 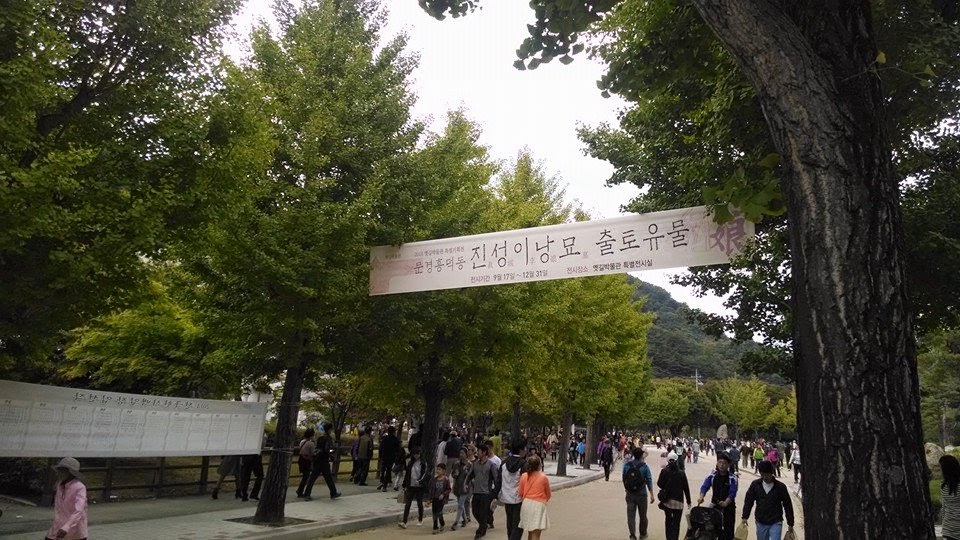 He told me he would take a photo of the ginkgo tree lined street and here it is! When he has been there in the spring, the trees have not leafed out yet. Jeff says these are the largest ginkgo trees he has every seen. 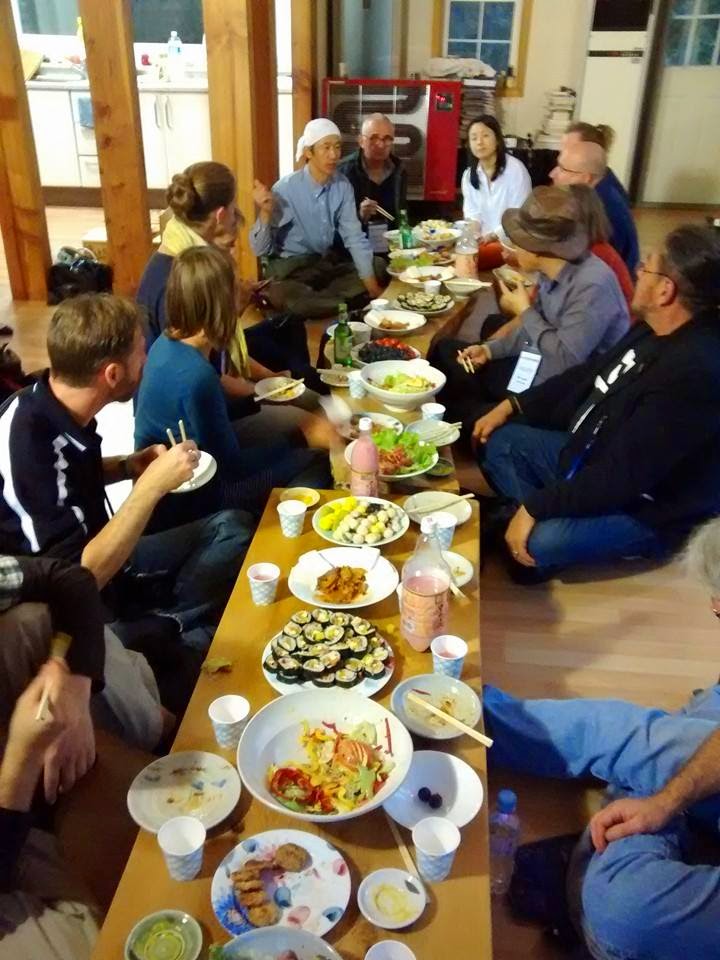 I believe this photo is a meal at professor Yoo's studio, where they did a raku firing.
Photo credit: Julie Harbers, one of the other artists at the festival 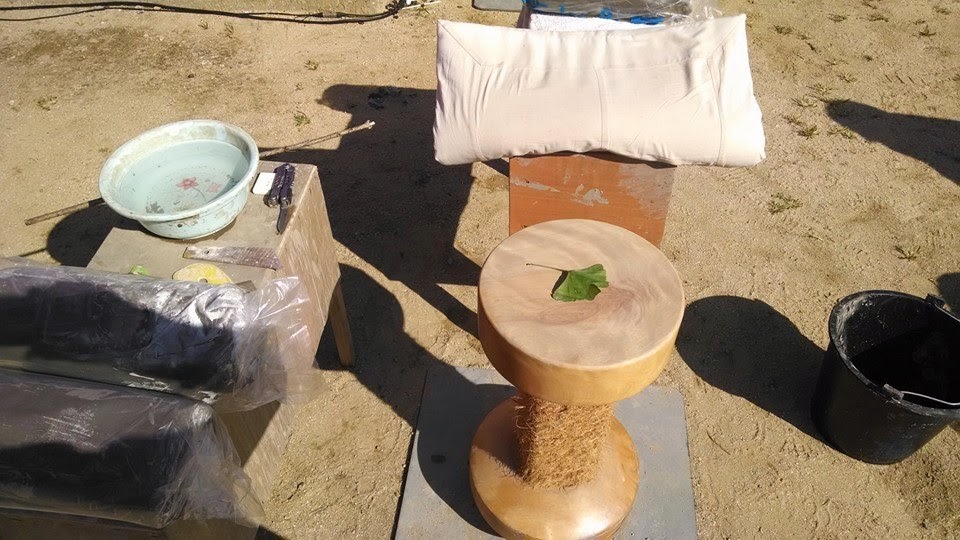 The highlight of the trip is the Korean kick wheel competition. Jeff snapped this photo of his wheel, already to go, with a ginkgo leaf placed in the center...Do you think he was thinking of me? 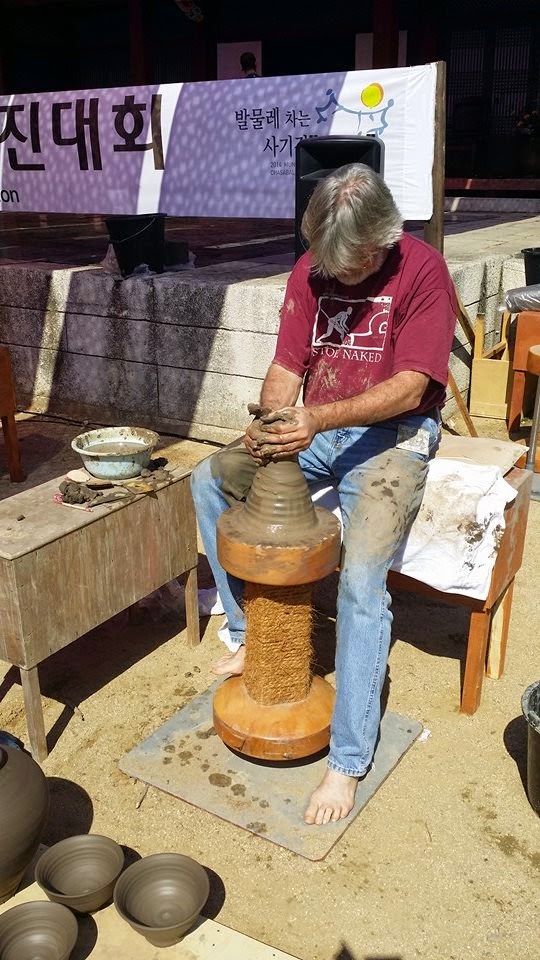 The contestants have an hour to throw a 20 pound moon jar and (I think) 6 tea bowls, to certain dimensions and specifications. Everyone's pots are measured by the judges. 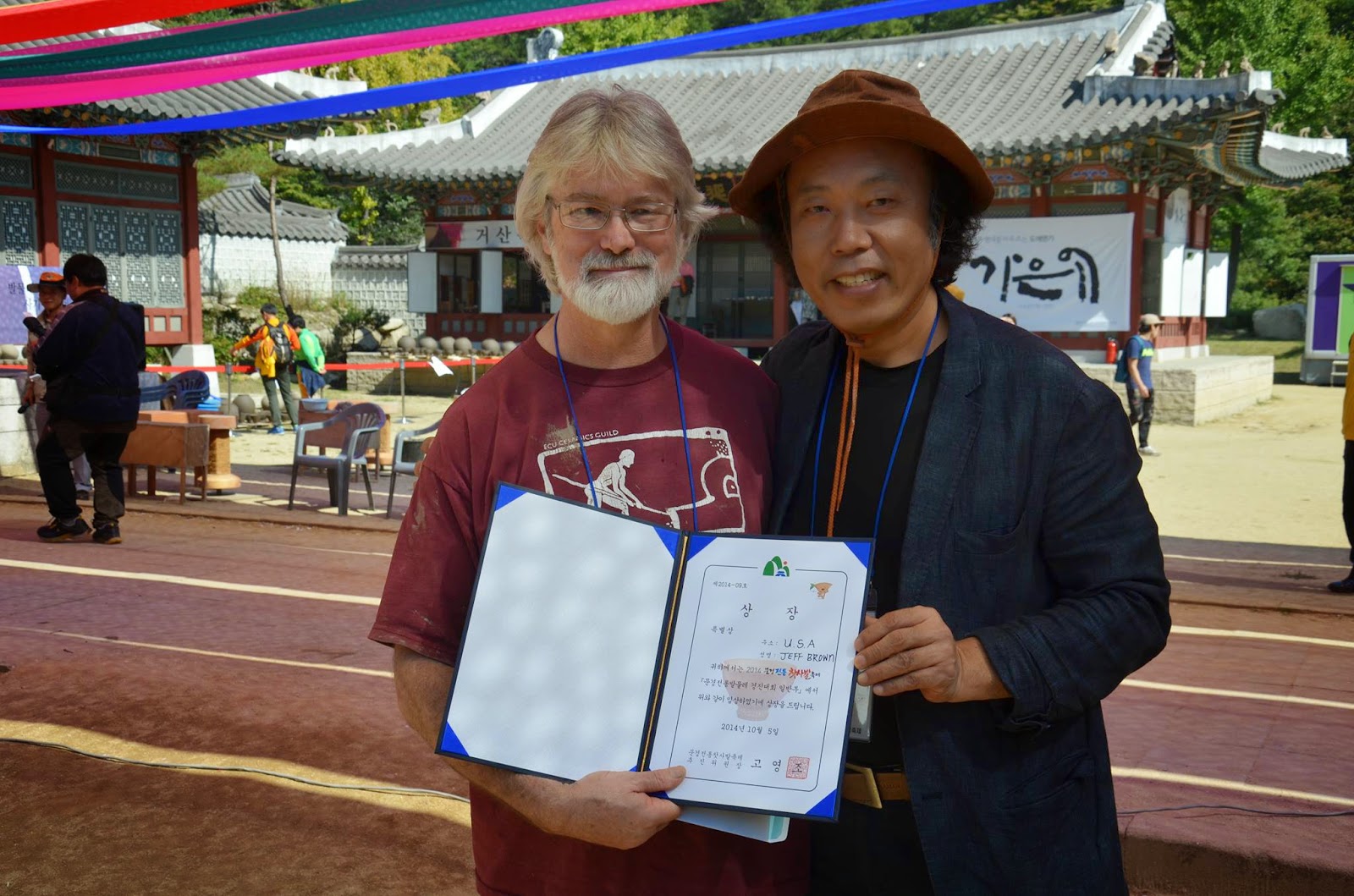 Jeff one won an award again this year!

I have stayed busy here at the pottery, holding down the fort. I finished enough piggy banks and mugs to fire the bisque kiln yesterday, and on the weekend I taught a pottery class for a bridal party that came to Seagrove for the bachelorette weekend. They were a fun group of young women and I enjoyed having people to talk to for a couple of hours!
at October 08, 2014