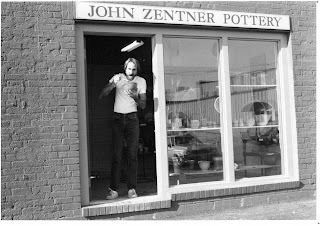 During the last few weeks of John's life, the wonderful Jane Kaufmann visited us at home and interviewed John in order to create a collaborative piece for the NH Potters Guild biennial exhibition.  Knowing that John was  not able to work in clay any longer, it was decided between them that Jane would make a raku fired pedestal that would hold a pot of his choosing.  Jane would carve a narrative into it that would reflect the conversations that they had together.  The two of them e-mailed back and forth until it was decided what the pedestal would say.  Jane called me to let me know that the pedestal was finished and would John like to choose a glaze color... I had to break the news to her that John had died over the weekend.
Jane chose the glaze color and delivered the pedestal to me so that I could choose a pot to go on top.  It was a hard decision and I changed my mind many times before the exhibition.  I finally settled on a teapot.  Mary Barringer, potter and current editor of Studio Potter magazine, was the juror for the exhibition and she chose the collaborative for an award... she said she was very moved by the piece.
I know I have posted about this in the past, but today would have been John's 60th birthday and I felt like I needed to tell his story again.  I brought the storytelling piece outside to photograph since it is a lovely warm day... and the crocus are blooming. 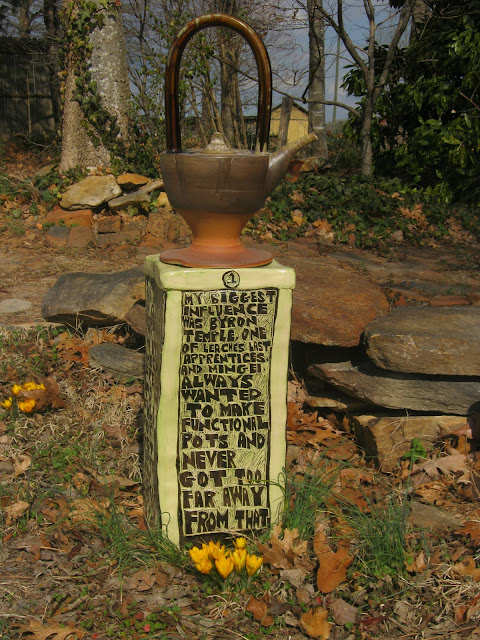 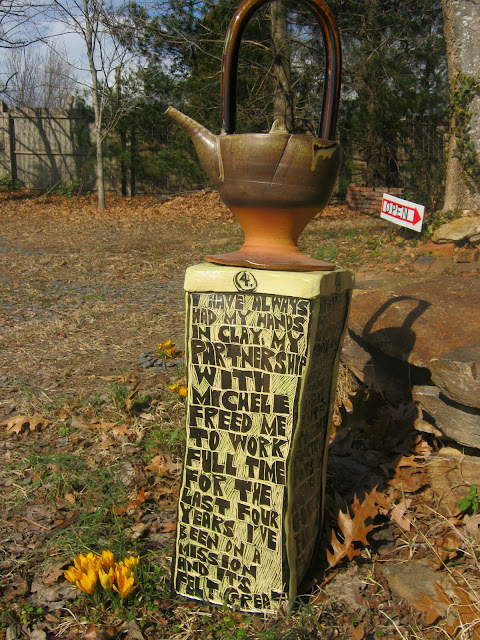 tonight i will open up a good bottle of scotch that has been waiting for today...
here's to you zen cowboy... i miss you every day.
at February 17, 2011