Jeff's flight to South Korea went well, we had a delay in communication when he got there... his e-mail to me took about 8 hours to arrive in my mailbox. I had checked his flight online and new it arrived on time so I wasn't too concerned. We were finally able to chat on facebook the night before last, while he was still staying at the airport spa. Yes... the airport has a spa where for only around $25 or $30 dollars you can spend the night, have shower, sauna, etc. It worked out perfectly for him since he arrived in Seoul in the evening and wouldn't be picked up by the festival group until the next day.
I hadn't heard from him since Friday night but tonight we talked on skype for a bit before he had breakfast (they are about 13 hours ahead of us). He is having a great time, the food is awesome, and the opening ceremony of the festival was exciting and a real learning experience. He took some video and I begged him to send some pictures for me to post.
On the home front, my friend Bonnie came to visit for a couple of days and we had fun with clay and an evening of good food, cosmos, and girl talk. We also watched some dvd's about fine craft. It's so nice to have friends that don't get that glazed over look at movies you suggest!

Jeff took the newest camera to S. Korea so I have been updating Etsy with my old Sony - 2.1 megapixel camera! It has actually surprised me. The one thing it sucks at is taking close ups. Even when I switch it to macro, they are blurry. I suppose I could search for the handbook, and get some help but for now I will make do. 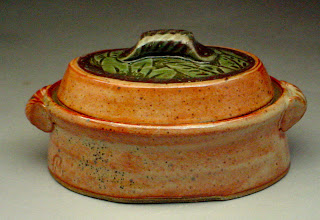 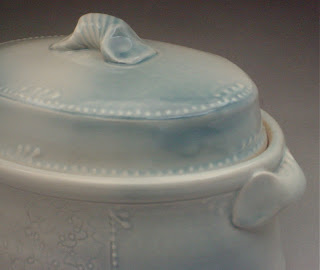 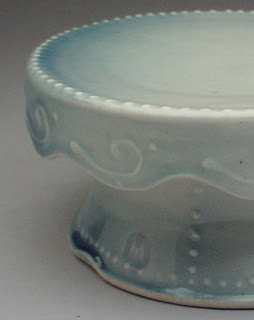 Hopefully the next post will be pictures from South Korea!
at April 28, 2012